UCSAS Poster Competition Placement: Tied in 1st out of 22

The general theory in hockey scouting is that if a player improves as the season goes on, then he or she can elevate to another level when the games become more meaningful and will be better able to adapt to professional hockey. In this poster, I put this idea to the test by taking game-by-game points data from OHL and WHL forwards between 2010-11 to 2018-19 and determining their "Point Trend Value" (PTV). A Point Trend Value is a new metric that I introduce here that measures a player's rate of improvement in cumulative point production over a season.

After I define and calculate the Point Trend Value for each player, I determine that this metric has no influence on success beyond the current season but NHL teams still show some trends towards drafting prospects with increasing point production higher than others indicating some potential recency bias on the part of the teams. 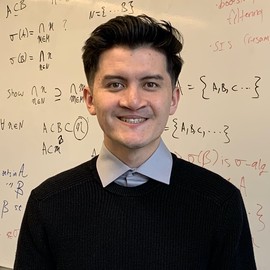 Data scientist with a passion for hockey and science.